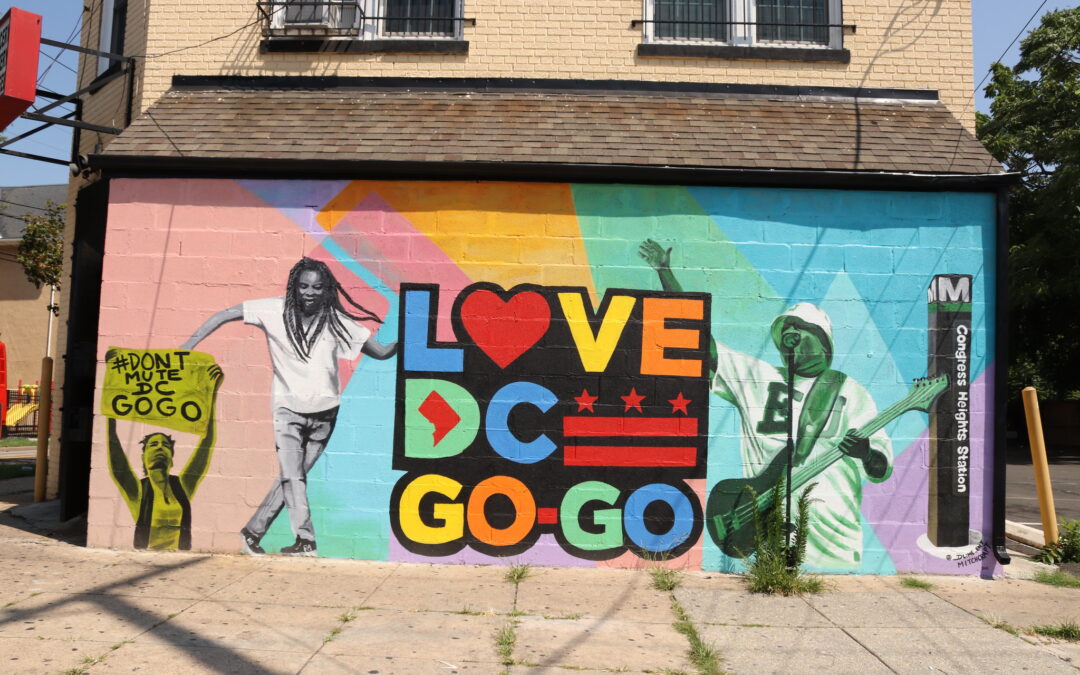 In December 19, a group of 125 researchers, harm reduction workers, doctors and other experts sent a letter to the Washington, DC Council, urging it to decriminalize drug possession. Removing criminal penalties and investing in harm reduction, the experts say, will reduce overdose deaths in the District.

They were writing in support of the DecrimPovertyDC campaign, a coalition of activists and community groups that launched in October 2021. They called for decriminalization of personal-use possession of all illicit drugs; for criminal record expungement and resentencing for people with drug convictions; for the opening of harm reduction centers to support health and survival; and for a special commission, including people who use drugs, to make further recommendations.

The campaign’s calls are set out in its proposed bill, the District of Columbia Drug Policy Reform Act (DPRA). Organizers are optimistic about getting the bill introduced early in 2023.

“We urge DC Council to swiftly introduce and advance this legislation that would end the criminalization of Washingtonians for use or possession of personal use quantities of substances, and instead radically invest in expanding DC’s harm reduction infrastructure,” wrote the authors, including representatives of the Drug Policy Alliance (DPA), National Harm Reduction Coalition and Washington AIDS Partnership, among many others.

If the bill passed, the city would create a commission to decide on a “personal use” limit for each type of drug. There would be no arrests or fines for possession under those quantities. A $50 fine would apply to possession over the limit, which could be waived if you receive a “health needs screening.”

The DPRA would also open 24/7 harm reduction centers. These would host safe consumption sites (SCS), where people could bring their own drugs to use, with trained staff ready to intervene with the opioid-overdose antidote naloxone and other first aid. The sites would also provide drug checking services, so people can have their drugs analyzed, to learn what’s really in them and make informed decisions. And they would provide sterile syringes, smoking and snorting supplies so people wouldn’t need to share this equipment with others, preventing transmission of diseases like HIV/AIDS and hepatitis C.

The very survival of people in DC is at stake. Records show that 2021 was the city’s deadliest year on record for overdose, with almost 600 residents dying. And Black residents suffered the vast majority—86 percent—of these deaths. Black DC residents are dying at a rate of 107 per 100,000 people—almost four times higher than the rate for the general US population.

“You would be surprised, it doesn’t require much hand-holding—the people are already there in understanding the status quo isn’t working.”

Locking people up on drug charges doesn’t make them safer or healthier. On the contrary, research shows that people just released from incarceration are at greatly heightened risk of fatal overdose—40 times higher than for the general population. Even a year after getting out, they are still 10 times more likely to overdose and die. Decriminalization, proponents point out, means that people who use drugs and/or experience substance use disorder can get the help they need, without fear of arrest as a barrier.

Black DC residents are targeted by police for drug charges. Black and white residents make up roughly equal proportions of the District’s population, at just under 46 percent each. Yet from 2017-2022, 3,300 Black residents were arrested for “opioid related charges” compared to just 480 white residents—a disparity of almost seven to one. The neighborhoods where most arrests take place are some of the worst-impacted by overdose deaths.

DecrimPovertyDC organizers have been lobbying both the 13-member DC City Council and Mayor Muriel Bowser (D). They’re also speaking directly with local residents about their aims.

“Part of our effort has been around political education and building our base of supporters,” Queen Adesuyi, policy manager at DPA’s DC-based Office of National Affairs, told Filter. “You would be surprised, it doesn’t require much hand-holding—the people are already there in understanding the status quo isn’t working.”

“Even if people aren’t struck by the idea of all drugs being decriminalized, they quickly see the vision,” she continued, “because it’s widely understood the last place a person struggling with addiction should be is a cage.”

“We feel really good about our chances of introducing [the bill] at the top of next year.”

Adesuyi wouldn’t comment on the campaign’s conversations with Mayor Bowser, who was just reelected with overwhelming support to her third term in office. DC Mayors have no term limits, so can keep running every four years. That might influence decision-making on major drug policy changes—it’s worth noting that former New York City Mayor Bill de Blasio (D) waited until the last weeks of his eight years in office to approve opening the nation’s first sanctioned safe consumption sites.

“On the lobbying front [with the Council], it’s been offering a lot of education on the issue and evidence behind the fact the community is in support of this effort,” Adesuyi said. “I think it’s clear our Council members see this as the next task in terms of how to transform our drug policy in the District … We feel really good about our chances of introducing [the bill] at the top of next year.”

DC Lacks Control Over Its Own Laws

DC’s unique political status—it’s a federal district, not a state—denies residents and local lawmakers complete control over their laws. Congress has the authority to block any law DC’s leaders may approve, and the District has no voting representative or senator. In 2015, Republican Representative Andy Harris (MD) inserted a one-sentence, last-minute amendment to a federal spending bill that prevents the city from opening cannabis dispensaries—despite DC voters having approved this back in 2014.

The “Andy Harris rider,” as it’s known, states that federal funding to DC “[must not be] used to enact any law, rule, or regulation to legalize or otherwise reduce penalties associated with the possession, use, or distribution of any schedule I substance under the Controlled Substances Act.”

“We’re actively working to mitigate the federal issue while also building the local power behind the effort.”

Adesuyi admitted that interference from Congress could threaten decriminalization if it were passed in DC. But while the Harris rider, as it stands, could block decriminalization, it couldn’t stop the city from opening harm reduction centers.

“This is a huge endeavor we’re leading, we’re not expecting we will do this extremely quickly,” she said. “It will take time and we’re actively working to mitigate the federal issue while also building the local power behind the effort.”

“Keep in mind, the only thing that would be implicated is the decriminalization of Schedule I substances. Most of everything else would be able to be implemented without federal interference.”