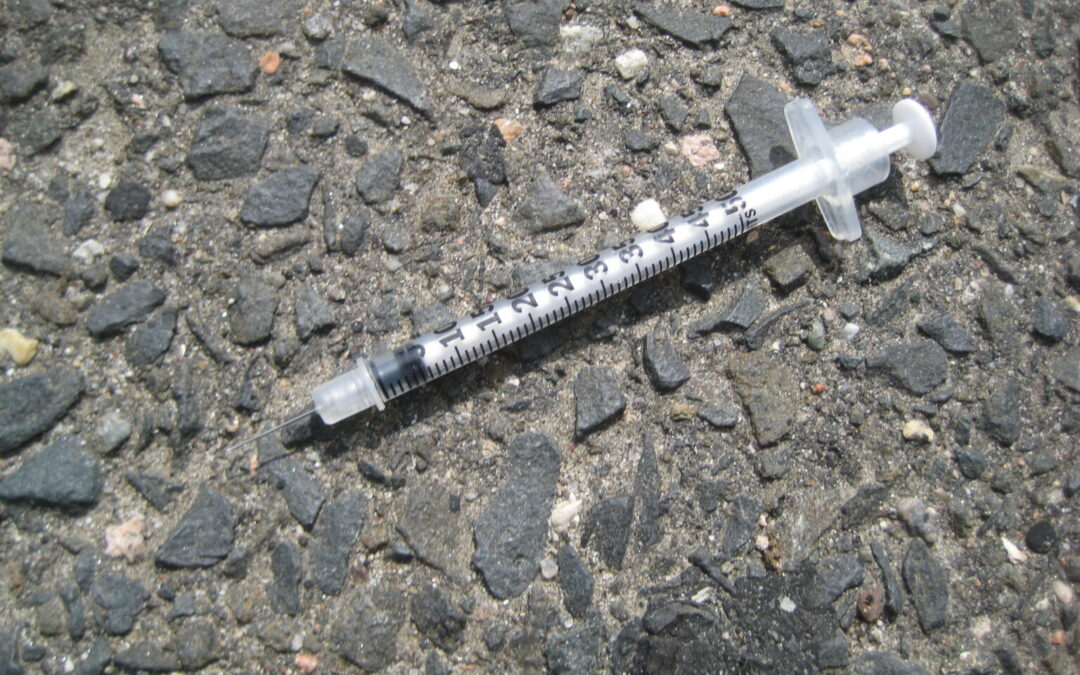 According to a memo circulated by the city’s Department of Behavioral Health to community providers on Friday, the 29 incidents occurred from June 8 to June 10. In the report, DBH identified five “hot spots,” or areas where two or more overdoses occurred within two city blocks. The list included: 12th Street NW and U Street NW, 2nd Street NE and 1st Street NE, Quincy Place NE and R Street NE, 51st Street NE and 50th Place NE, and Astor Place SE and A Street SE. The latest spike comes after a batch of fentanyl caused 10 overdoses — three of them fatal — in the area surrounding Nationals Park in January.

“These are not deaths, these are not fatalities, but that’s 29 overdoses in 48 hours… that’s a lot,” says Ambrose Lane Jr. of Health Alliance Network, a health equity group that runs an opioid crisis solutions working group. “We know that [number] is unusually high.”

In the case of last week’s spike, the 29 overdoses were “suspected,” as they’re based on DC FEMS response reports. A DBH spokesperson told DCist/WAMU that they have not been notified of any deaths in the days since. (When someone dies of a suspected overdose, the city’s Office of the Chief Medical Examiner conducts an autopsy to confirm.)

When D.C. Fire and EMS receives a call for a suspected overdose, the agency reports that information to DC Health, which keeps a running 90-day average of overdoses. A “spike” is determined when officials notice a deviation in the average. When this happens, the Department of Behavioral Health sends teams out to the relevant location to distribute the overdose-reversing drug Naloxone (or Narcan) and alert community partners.

The recent spike reflects a broader, upward trend in the number of overdoses and opioid-related fatalities in the region (and the nation) since the pandemic began, in part driven by the powerful synthetic drug fentanyl. In 2021, 426 people died an opioid-related death in D.C. — while only a slight increase from 2020, it’s a drastic increase from the 281 reported deaths in 2019. According to the latest numbers from the city’s medical examiner, 63 people died due to opioid use in January and February of this year — slightly less than the 66 deaths recorded in those months last year

According to Lane, it’s hard to know exactly what drove this recent spike. On a call with city officials last week, he said they did not offer an explanation, but added that it is typical for overdoses to increase in the summer months each year (a trend reflected in fatality data).

Health Network Alliance’s Opioid Solutions Working Group plans to send a letter to Mayor Muriel Bowser and D.C. Council Chair Phil Mendelson later this week, outlining several demands they’ve drafted over the past months in response to the crisis. Top among them is creating a 24-hour intake and treatment center with wraparound services and youth services in Ward 7 (where the largest number of overdoses have taken place recently) and installing Naloxone or Narcan pick-up locations at Metro stations.

“The distribution of Narcan is a critical tool in the fight to reduce opioid overdose deaths and there is some early evidence that it is having a positive effect,” Lane said. “However, Narcan distribution to the broader community is only one piece to this growing and ongoing crisis.”

Shane Sullivan, a community outreach worker with the harm-reduction organization HIPS, tells DCist/WAMU that instead of reactionary measures, the city should focus on funding organizations that already have trusted relationships with drug users and sellers, as well creating safe injection sites and advocating for decriminalization of all drugs. Typically, when the city alerts community partners of overdose spikes, policing increases in the areas designated as “hot spots,” Sullivan says, which makes it harder for them to conduct successful and productive outreach.

“I think what I am worried about is, of course, people’s safety — but also this idea that increased criminalization of people and increased surveillance is somehow going to solve this problem, when in fact it is exactly the reason why it exists,” Sullivan says. “What we need is like an actual safe supply, we need decriminalization.”

It’s also the case, Sullivan says, that many overdoses go unreported as they’re reversed by friends or acquaintances without involving D.C. FEMS.

“I think it’s really traumatic to reverse an overdose or to experience an overdose and that’s something that can’t be captured in these numbers,” Sullivan says. “I talked to someone this past weekend who told me had reversed like five overdoses in the last, like half week or so. Overdoses are really, really common and if they don’t involve EMS then we obviously don’t have the same tracking system for that.”